The 14th International Animation Festival “Big Cartoon Festival,” the largest animation event in Russia, took place from October 29 to November 9, 2020. The Festival included screenings of short and feature-length animation films from around the world as well as masterclasses, Q&As, retrospectives, and lectures. The Festival was supported by the Ministry of Culture of the Russian Federation, by the Mikhail Prokhorov Foundation, by the Embassy of France in the Russian Federation, Institut Francais de Russie, by Cartoon Network, and the Polish Cultural Center (Instytut Polski w Moskwie).

380 films from more than 40 countries took part in the programs of the 2020 Big Cartoon Fesitval. All 57 festival programs were designed for a range of ages and interests: feature-length animations, collections of Russian and foreign children’s animation, documentary animation programs, auteur and experimental animation, a special program of feminist films, a classic lecture by Yuri Norstein, a retrospective of director Katerina Sokolova, and much more.

Geography of the Festival and the Number of Viewers

This year, the format and the geography of the Festival has changed. Some of the programs could, as before, be seen in Moscow cinemas, while others were held online and viewers could watch them from any corner of our country. The total number of viewers in cinemas and at online events and visitors to the online Festival platform was more than 39,800.

For the first time in 14 years, the Festival included competition programs of Russian and foreign animation. More than 1,500 applications from all over the world were submitted for participation in the foreign competition, of which the selection committee chose 90 short films from 35 countries. The Russian animation competition program included 96 cartoons created in Russia and other countries where our fellow citizens work at the moment. The competition programs included student films as well as films by experienced animators, films made within big studios as well as independently, animated PSAs and music videos.

Since its inception, the Big Cartoon Festival has been a spectators’ festival, where the best films were decided through an audience vote. This year, for the first time, the best films were judged by an international professional jury, which included 10 professionals from France, the United States, Scotland, Estonia, Slovenia, Belarus, Latvia, and, of course, Russia. The audience jury continued to work on the Festival website and also determined its winner through the online voting process.

Educational Program and the Cartoon Factory

Because the Festival was partially held online, we were able to hold open online meetings, master classes and Q&As with directors from all over the world. 28 events took place on the Festival YouTube platform, more than 130 directors and animation specialists from different countries took part in them. Within the framework of the educational project for children and adolescents The Cartoon Factory, which also took place in an online format, more than 60 master classes on various animation techniques were held.

This year, as part of the Year of Germany in Russia 2020/2021, the Big Cartoon Festival carried out a project dedicated to German animation. MULTFEST.DE presented programs of short and feature-length animations and invited to its videoconferences various guests: directors, animation historians, producers, and screenwriters.

Winners of the 2020 Big Cartoon Festival

For the ability to see miracles in the mundane:
“A LYNX IN THE TOWN”, dir. Nina Bisyarina (“Folimage,” France, 2019),

For a happy discovery of the way of portraing unhappiness:
“HAPPINESS”, dir. Andrey Zhidkov (Russia, 2020).

GRAND PRIX for Best Foreign Short Animation for a powerfully beautiful yet unsettling depiction of frustrations of youth:
“AND THEN THE BEAR”, dir. Agnes Patron (France, 2019),

SPECIAL JURY PRIZE for making us all laugh out loud with a twist and a bit of sarcasm: “PANDICULATION”, dir. Konrad Hjemli and Jakob Eiring (Norway, 2020),

SPECIAL JURY PRIZE for translating the language of statistics into the language of feelings, through a bold and witty visual narrative: “AVERAGE HAPPINESS”, dir. Maja Gehrig (Switzerland, 2019).

For putting down to earth space dreams of bygone era and healing the phantom pain with compassion and historical sensitivity: “COSMONAUT”, dir. Kaspar Jancis (Estonia, 2019),

For discovering and cleaning up the spirit of true romance: “WASHING MACHINE”, dir. Alexandra Májová (The Czech Republic, 2020),

For a courageous take on both theme and technique: “THE DEATH VENDOR”, dir. Jeon Jinkyu (Republic of Korea, Japan, 2019),

For taking us on an ironic and insightful journey, through the tensions of the social and the personal: “I WANT A SUN IN MY POCKET”, dir. Laui Laessa (Canada, 2019).

AUDIENCE CHOICE AWARD according to the rankings made by the audience of the online.mulfest.ru website awarded to the film “MERRY GRANDMAS”, dir. Natalia Mirzoyan (“Soyuzmultfilm” Film Studio, Russia, 2020). 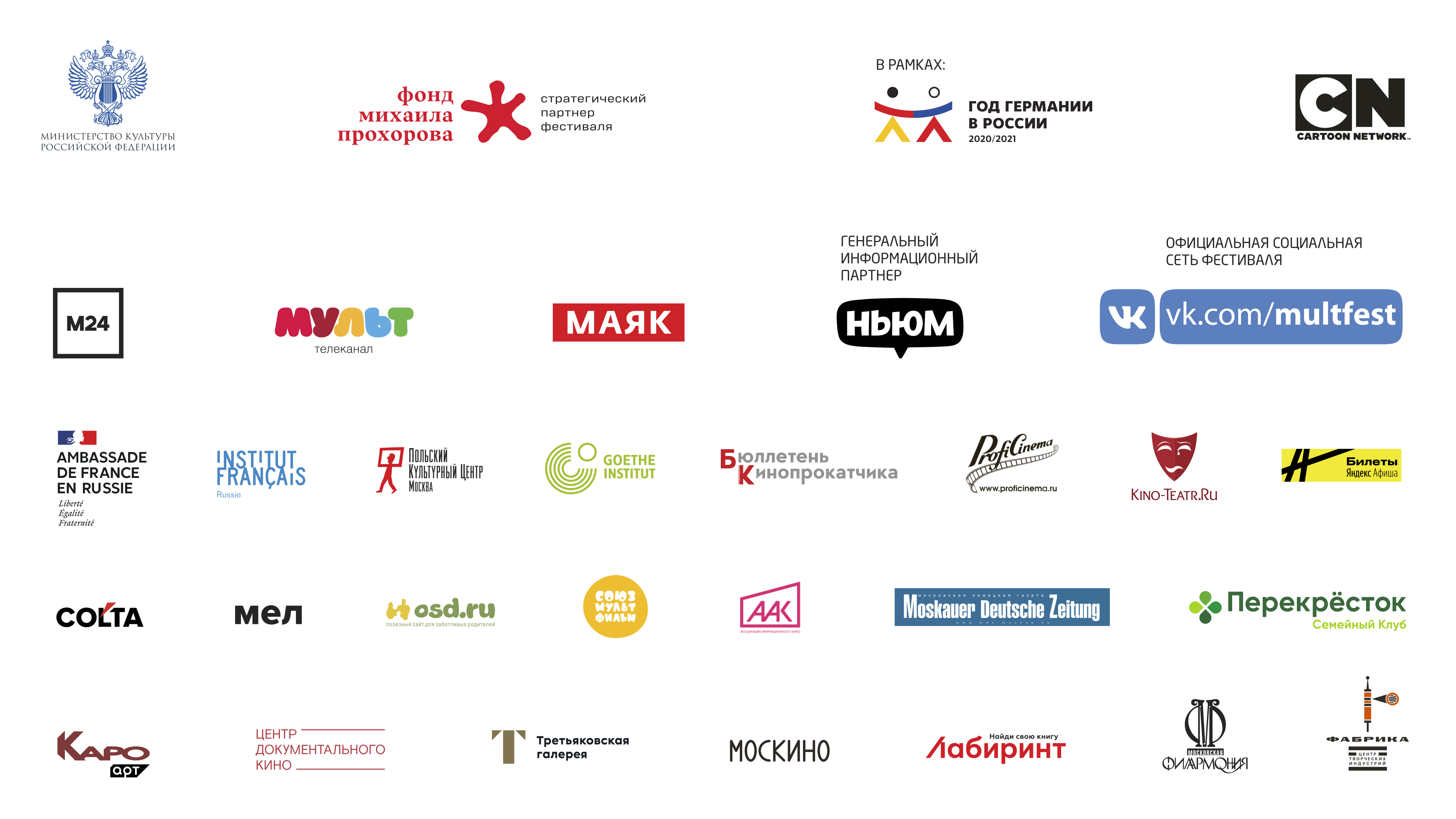